Vision coverage helps with the cost of eyeglasses or contacts. Even if you don’t need vision corrections, an annual eye exam checks the health of your eyes and can even detect more serious health issues such as diabetes, high blood pressure, high cholesterol, and thyroid disease. SOCCCD provides employees with comprehensive vision coverage through Vision Service Plan (VSP).

VSP doctors can detect signs of health conditions and may assist you in coordinating care with your primary care physician, if necessary, to help keep you and your eyes healthy. VSP is designed to cover primary eyecare services only and there are exclusions including medication, pre- and post-operative services and surgical or pathological treatment.

Our insurance allows for primary eyecare services including an examination, contact lenses and two pairs of eyeglasses every 12 months. Laser vision correction surgery is also covered at a reduced price from VSP-approved laser surgeons and centers to correct problems such as nearsightedness, farsightedness and astigmatism.

Some general plan details are below, or click on the VSP Vision PPO Plan Summary for more information. 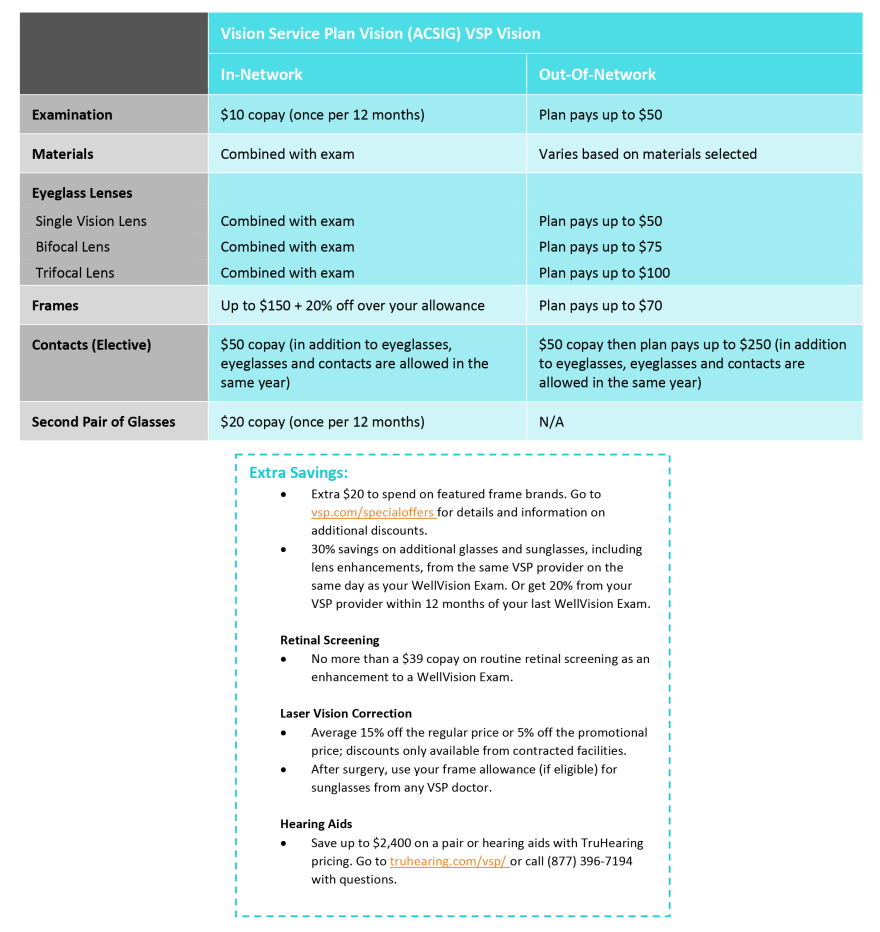 To make changes to your vision plan, including address or name changes, adding or deleting dependents, etc.

A copay is the fixed amount that you pay for a covered service, usually at the time of service.

A network is a list of providers that have agreed to participate with the vision insurance company and have agreed to accept certain "allowed amounts" for services.

The negotiated amount that in-network providers have agreed to accept as full payment. Also, the maximum amount that the insurance carrier will pay for a service, sometimes known as "allowed amount" or "negotiated rate." If your provider charges more than the allowable charge, you may have to pay the difference (called balance billing).