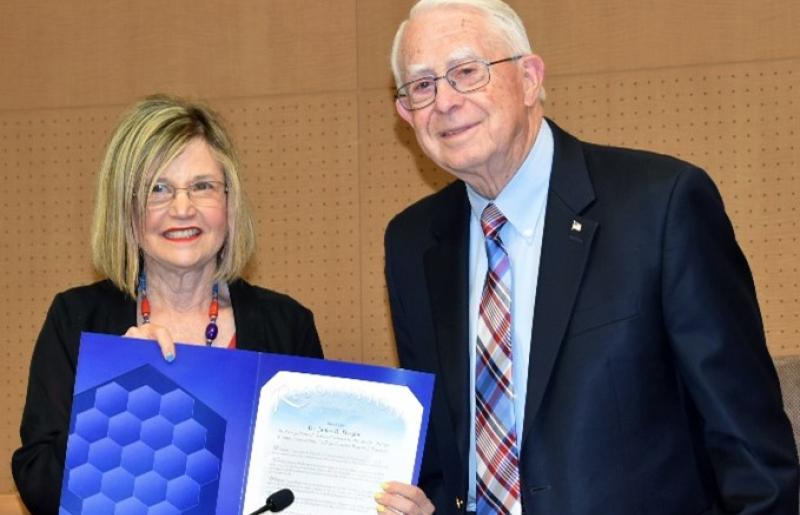 Trustee James Wright Announces Retirement from SOCCCD Board of Trustees

Trustee Wright is known throughout SOCCCD for his ardent support of both colleges, particularly of STEM programs, as he is also a retired administrator from Saddleback College who served as dean of the division of mathematics, science and engineering. Additionally, Trustee Wright has been an avid supporter of student veterans and the student veterans’ services programs at the colleges, having served as a colonel in the U.S. Air Force for 27 years of active duty service, including commander of the Air Force Preparatory School.

“Trustee Wright is respected and admired by his colleagues at the colleges and on the Board of Trustees. He has served in leadership roles such as, Vice President and Clerk; in various leadership roles such as the district’s Nominating Committee representative to the Committee on School District Organization and as a representative to the District Audit Board Subcommittee; and as the named Administrator of the Year three times while serving at Saddleback College,” said Board President Marcia Milchiker. She continued, “Trustee Wright has always served in a professional and distinguished manner. His grace and knowledge of the colleges will be missed and we are incredibly thankful for his service.”

Trustee Wright has actively supported the Saddleback College and Irvine Valley College Foundations to increase student scholarships and to help address—what he believed to be one of the most crucial issues facing community colleges today—student completion.

While demonstrating great leadership during his service, Trustee Wright’s legacy will be one signified by dignity, respect, and dedication to students, which will leave an indelible impact on the South Orange County Community College District for years to come.

Farewell messages were shared with Trustee Wright from the Board of Trustees, along with a resolution presentation by Board President Marcia Milchiker during the Monday, May 23rd Board meeting.

Trustee Wright represents Trustee Area 6 which includes parts of Irvine, Lake Forest and Laguna Woods. The vacancy on the Board will be filled through the general election process in November 2022.

Read more at Board Bios
Tagged As
Board of Trustees