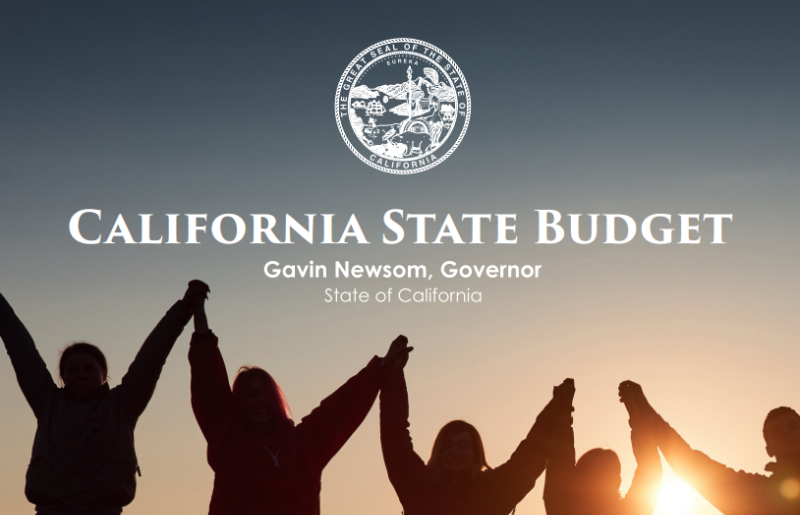 On Friday, May 13, 2022, Governor Newsom released the May Revision for the 2022-23 budget. As anticipated the May Revision proposes over a 5 percent increase from what was presented in January primarily due to increased tax collections. The discretionary surplus has grown from $45.7 billion to $49.2 billion. This surplus will be used for one-time allocations and to fund reserves at $37.1 billion. The reserves include $23.3 billion to fully fund the Proposition 2 Budget Stabilization Account (Rainy Day Fund) and $9.5 billion for the Public School System Stabilization Account (PSSSA), along with $900 million in a Safety Net Reserve and $3.4 billion in an operating reserve.

The budget continues to focus on the pandemic recovery, education, economic growth and job creation, climate change initiatives, and improving health care affordability. As noted in the Governor’s May Revision, the budget “provides $18.1 million in direct relief to millions of Californians to help offset rising costs” largely in the form of $400 tax rebates to vehicle owners and retention bonus payments to workers in hospitals and nursing homes; while also increasing the minimum wage to $15.50 per hour beginning January 1, 2023.

Surprisingly, the budget did not exceed the Gann Limit1 as was expected but it is noted that the Gann Limit may be exceeded in future years.

The budget requires a commitment from community colleges to develop a road map that will work collaboratively with both the UC and CSU systems to increase transfer capacity and streamline transfer pathways between the segments, improve time-to-degree and certificate completion, close equity gaps, and better align with K-12 and workforce needs. It also discusses an expectation that community colleges offer at least 50 percent of their classes as in-person instruction for the 2022-23 academic year, assuming that the percentage is consistent with student demand and public health guidelines.

The Department of Finance is proposing a change to the Student Centered Funding Formula (SCFF) at the end of the hold harmless period whereby the total computational revenue a district receives in 2024-25 becomes the floor for future funding. This new floor will not be automatically increased by COLA unless specifically provided for within future statutes but it provides districts with predictability and stability moving forward.

The major components of the community colleges’ budget and the impacts to our District are as follows.

Restricted Funds: There are several new programs that have been proposed. However, since we don’t have details on the allocation models at this time, we have not estimated an impact to the District. For all other changes, we have estimated the District’s allocations based upon our current percentage of the statewide share.

We have updated the DRAC model using the updated COLA and SCFF rate increases for the 2022-23 Tentative Budget and will discuss it at DRAC on May 20, 2022. The Capital Outlay Fund proposals will be included in the Tentative Budget. However, we will await action on the final State budget before budgeting for any of the Restricted General Fund items since these will likely change throughout the State budget process. Our Tentative Budget will be presented to the Board of Trustees for approval at the June 28, 2022, meeting.

The next steps in the State budget process are for adoption of a budget by both the Assembly and Senate. State budget hearings will commence this week. If there are any line items that differ between the Governor’s budget and the budget they each adopt, then those line items will go into the Conference Committee for resolution. It is anticipated that we will have a final State budget by the June 15 legislative deadline. We will incorporate all the changes appearing in the final State budget into our Adopted Budget which will be submitted to the Board of Trustees for approval at the August 29, 2022 meeting.

For individuals who want more information on the budget, the Joint Analysis prepared by the Chancellor’s Office, ACBO, ACCCA, and the Community College League of California (CCLC), once posted, can be found at the link below, including the Governor’s May Revision. You can also reach me via email at agabel@socccd.edu.